I have been working for an e-commerce site development company (Shopify Plus Partner) until the other day, and I am currently a freelance front-end engineer specializing in Shopify.

Here's how I did it.

Here are my personal thoughts on how I would study Shopify.

It's not easy to find a systematic way to learn Shopify, most of the information is from English sources, and there are many things to learn...

As I mentioned earlier, I'm currently a freelance engineer specializing in Shopify.

Of course, Shopify knowledge is necessary for an engineer to touch Shopify. However, as Shopify has become more widespread, there are probably many other people who are being forced to study it, such as directors, consultants, and people in charge of e-commerce operations.

In addition to the many different types of engineers, we have

I have the impression that this knowledge is becoming necessary for many people.

Why should I study Shopify now?

By the way, is it worth studying Shopify? And should I study it?

In terms of There are three main reasons. I think the field

There are three main reasons for this.

The service is used all over the world and is making full-scale inroads into Japan. ( Demand is high. ) Since it is in its relatively early stages, there are simply not enough people who can use Shopify. ( Supply is low.) And since it has a wide range of users from individuals to corporations, there are many situations where it can be used. ( Highly versatile & easy to do side jobs )

I believe that the "Mere Old Man" is very attractive. So, I think Even if you invest tens of thousands of yen in self-study at first, you can recover it by changing jobs or doing side jobs. I think it is!

How I learned Shopify on my own

First of all, let's take a look back at how I studied Shopify.

At the time, I was

I thought, "I need to learn about EC! So, I bought the following books.

I bought the following book to learn about EC.

The next step is to get a free trial of the Shopify store and read the official blog.

Next, I did a free trial of the Shopify store and read through the official Shopify blog.

However, this is an inefficient method. At that time, there were not many online courses or books related to Shopify, so there may be a big reason why there were not many ways to learn in the first place. However, if I were to go back in time and give advice, I would definitely not recommend this method of learning.

So, if I were to go back in time, what study method would I choose? I would say

People who want to learn about Shopify itself

If you want to become an engineer specialized in Shopify

If I had no experience, I would choose to study Shopify.

The process of studying Shopify if I had no experience

The first one is for people who are not engineers and want to learn Shopify in general.

Until a while ago, there were no Shopify study materials, but since last year or so, books and online schools have gradually started to appear.

I think it's better to simply divide it into the following categories I think so! 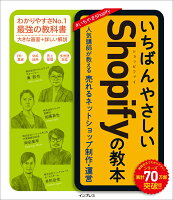 Next, I'd like to introduce an online course for those who don't like books and want to learn Shopify in a lecture format.

The current To be honest, Daytra is the best choice for Shopify online courses. I'm sure it is.

So you can be sure that you're getting a reliable online course from a reputable company.

The course itself is

There are two types of courses available.

So it's a systematic approach. If you want to learn Shopify online, it's faster to study at Deitra. This is my personal regret.

For Engineers and Developers: How I taught myself to be an engineer and what skills I had at the time of my career change.

Next, let's look at how to study for engineers and developers.

So I thought it would be helpful to share the steps I took. (By the way, this article is more about coding and front-end store building)

First of all, I imagined that the skill set needed to build a store at a Shopify development company would be something like the following!

Basically, if you can do these 4 things, you can start working right away! I'm not sure if this is a good idea.

So, in order to learn these four things

What methods and services are the best?

(2) What can be covered by each method and service?

(2) What can each method or service cover? Try to find a method that suits your skill set at this stage!

If you're new to HTML and CSS, you should start with Progate.

Once you've mastered HTML and CSS on Progate, it's a good idea to learn the basics in a book. It can be used as a dictionary later on. 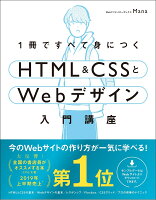 If you can do HTML and CSS with Progate and books, you can copy them.

If you search for "copying beginner HTML", you can find some reference sites on how to do it, so try copying a page or two! The experience of actually coding will definitely come in handy.

If you want to take an online course, I recommend the following Udemy course.

Finally, there is Liquid. Since it is Shopify's own language, there are very few learning materials available. I'm an engineer myself.

So far, you can learn it from

The only place you can learn it at the moment is Deitra's "Shopify Advanced Course".

If you want to learn Shopify in English, you can search for "Shopify Liquid" on Udemy, but I don't think there are many courses in Japanese that offer systematic learning.

If you can speak English, you can take the Liquid English course on Udemy.

If you are allergic to English, you can take the Shopify Advanced Course from Deitra.

If you're allergic to English, you might want to take the Shopify Advanced Course.

I'm pretty good at English, so I

bought three of these Udemy courses that

had good reviews and studied them!

It is very hard to learn Shopify!

It's a very tough road.

So, honestly Many people fail along the way. I have an impression. But personally, I think it's an opportunity.

So I think it's a good strategy to invest time and money in learning Shopify, and looking back, I'm glad I did. I'm sure there will be times when you feel like failing, but I urge you to hang in there and give it a try! I'm rooting for you!

That's it, that's how to study Shopify!

I know it's pretty long, but

Shopify is a hard field to learn, but it is a rare skill. I would probably go back in time and learn Shopify one more time even if I had no experience yet.

So thank you for reading all the way to the end! Have a great day!